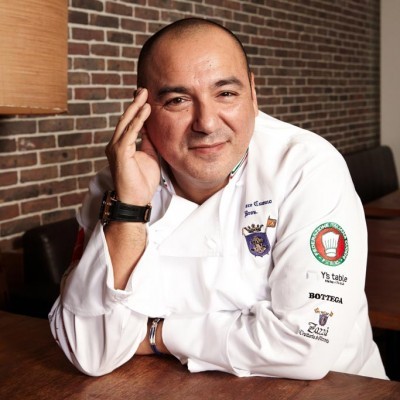 Salvatore Cuomo, who is now renowned as one of the best Italian chefs in Asia pacific, was born to an Italian father, a traditional  Napoli chef, and a Japanese mother. As he grew up he was heavily  influenced by his father’s cooking, deciding at the early age of 11 years old that he wanted one day  to become a professional chef.

During his early years, he traveled back  and forth between Japan and Italy, training himself  in the skills of his father.

Even now, after many years in the profession, he is passionate promoting his signature Italian style cuisine, serving as Grand Chef of the Y’s table Group.